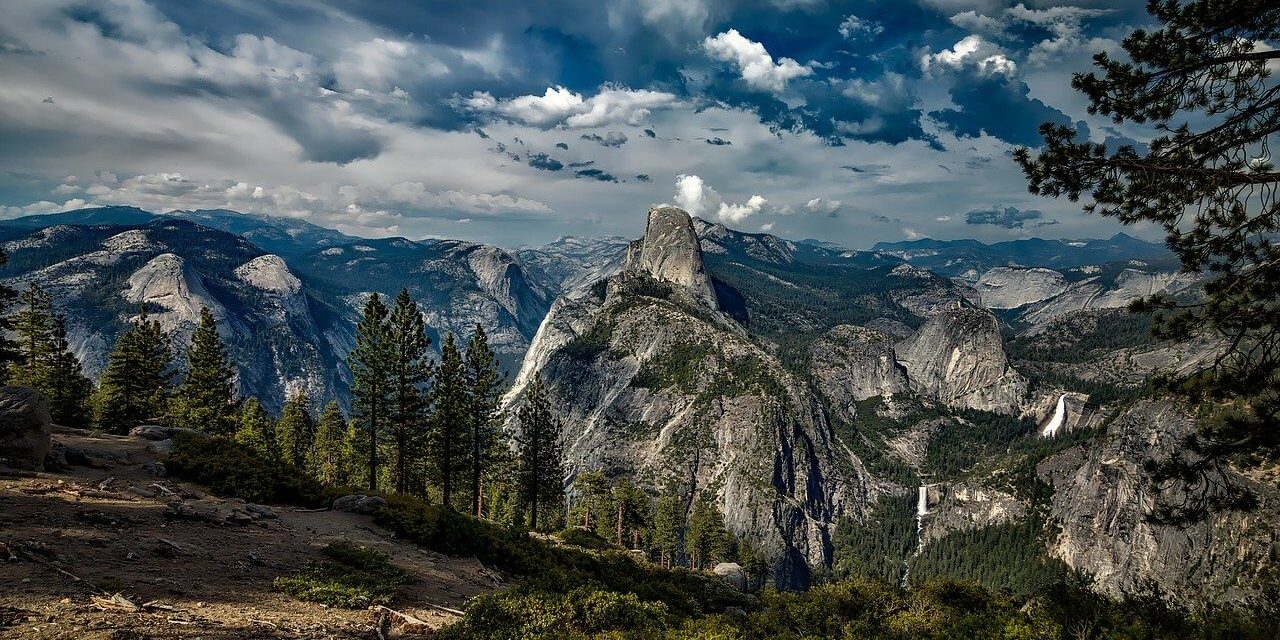 National Parks in the USA are a marvelous treat for those who love to voyage through different terrains of nature. The variety of biodiversity and landscapes around any Parks in America is a remarkable Treasure for the USA.

Must visit National Parks of USA

There are 62 National Parks in the USA and 84 National Monuments. You can discover Mile-high Mountains, Wild Seashores, Wilderness, Nature Trails, Campgrounds, Hiking trails, Esthetic beauty of Nature, History (monuments, remainings) and much more. What else one wants to experience while in a National Park

Everything you aspire out of a National park is in abundance in all the National Parks in America. Enjoyable Safari, comforting Climate, breathtaking adventures, Mind Blowing nature and unforgettable Sceneries are a guarantee put forward by all the American National Parks.

There  Comes a revelation and renewed sense of how much more there is to explore in this journey across USA National Parks. Here are the lit of must visit National Parks of USA

Grand canyon National park is located in Northwest Arizona, U.S.A. It covers an area of 1,217,262 Acres.

It was established in 1919. The Grand Canyon overwhelms our senses through its immense biodiversity.

The best time to visit the Grand Canyon is between March-May and September-November. During this time, daytime temperature is cool and the crowd will be less comparatively.

Yellowstone national park is located in areas of Wyoming, Montana and Idaho, U.S.A. It was the first National park in the U.S.A.

It is enormously famous for its elegant blend of wildlife and geothermal features.

Yellowstone National Park serves as a finest wildlife habitat for around 60 species of Mammals including Mountain wolf, Coyote, Cougars, Black and Grizzly bears.

The best time to visit this park is from April to May and between September and October.

It was established in 1917. Denali consists of a variety of landscapes with, Forest at the lowest elevation, Tundra at middle elevation and Glaciers, snow and bare Rock at the highest elevation.

Although Denali is open year around, the best time to visit is from mid of May to Mid-september

Best time to visit Yosemite is between May and September. During this time Park will be crowd free.

Olympic National Park is located in the northwest part of Washington, U.S.A. This park is sandwiched between the Sea and Mountains. The wildest coast in the continental United states. The mountains iced by the glaciers are a challenge for Mountain climbers itself.

Best time to visit Olympic national park is July through August. Most roads and facilities are open during this time.

Zion National Park is Located in Utah, Washington, U.S.A. It was established in 1919. It covers an area of 146,597 Acres.Hicking the narrows in Zion is the most Iconic Activity in the Park. Emerald Pools are another incredible feature of Zion.

The park provides habitat to over 79 species of Mammals including  petite kangaroo, Fox, Mule Deer and 289 species of birds as well

April and May and September and October are usually warm and sunny with highs between 60 and 90 degrees on average. However, expect occasional cool and even rainy spells during these months.

The Great Smoky Mountain National Park is located in Tennessee, U.S.A. It was officially established in 1940. It covers an area of 522,419 Acres. No other area of equal size and temperate climate can match the Great Smoky in number and variety of animals, Plants, Fungi and other organisms.

The Smokys are one of the oldest Mountain ranges in the world. Over 19,000 species have been documented in the park.

The best times to visit Great Smoky Mountains National Park are the summer (June, July, and August) and the fall. July is the busiest month of the summer season

Rocky Mountain National Park is located in Colorado, U.S.A. It was established in 1916. It covers an area of 265,461 Acres. The wilderness and nature is protected by the Park authority for more than 100 years and the park thrived in Skyhigh.

The best time to visit Rocky Mountain National Park is from June to September when the snow is (mostly) melted and the hiking trails and attractions are accessible.

The park was declared a national monument in 1936 and is a home for birds, lizards, and ground squirrels, which are largely active during the day. However, at night desert animals come out to roam. Mostly nocturnal animals include snakes, bighorn sheep, kangaroo rats, & Coyotes.

The desert tortoise is a threatened reptile species that inhabits creosote bush lowlands in the Mojave Desert.

Although the park is open year-around, the best time to visit Joshua Tree National park is between May and october.

Biscayne National Park is located in Florida, United States of America. The park covers an area of 172,971 acres. It was established on June 28, 1980.

Ninety-five percent of the park is filled with water.  This is an excellent place for the people who like an underwater ecosystem as Florida reed is one of the largest coral reefs in the world.

The park has become a safe spot for many endangered species like sea turtles, Schuss’ swallowtail butterflies, & Small tooth saw-fish.

The best suitable time to visit Biscayne National Park is during the winter months when the mosquitoes are less troublesome the activities in the pack includes boating, fishing, kayaking, and scuba diving.

Bryce Canyon National Park is located at Garfield County and Kane County, Utah, United States of America. The park covers an area of 35,835 acres. It was established on 25 February 1928.

People who are fond of geological structures are attracted to this place due to the distinctive structure called hoodoos.  A collection of giant natural amphitheaters is another major feature that attracts people around the world.

This park is home to many species of animals, birds, and reptiles. Some animals which are seen in this area include foxes, badgers and porcupine’s.

The best time to visit Bryce National Park is May through September. Not only does this period offer the warmest weather of the year, but it also yields plenty of ranger activities. October through April offers its own charms, too.

The park got its name from Grand Teton, the tallest Mountain in Teton range.

People who are attracted to old rocks and mountains can visit this place, as this p park has rocks ageing over 27 billion years, which is not found in any other National park in america

This park is a home for 1000 species of vascular Plants, Mammals, Birds, & Fishes. Most common are River Otter, and Yellow bellied Marmot.

Glacier National Park is located in Montana, U.S.A. The Park encompasses over 1 million Acres. This was established in May 11, 1910.

People who are fond of mountains can visit this place as it is dominated by mountains which were carved by huge glaciers of the last ice age. But due to climate changes, Hundreds of active glaciers had disappeared and a very few remains. Scientists estimated that all active glaciers will disappear by 2030.

Park has a number of Plants and Animal species like Grizzly Bears, Moose endangered species like Wolverines, and Canadian Lynxes.

Best time to visit the park is between July And August, as this is peak Season with daytime mild temperature and cool nights.

Acadia national park is located in the states of Maine, United States of America. It covers an area of 49,075 Acres of land. It was established in 1916.

Acadia National park is a spectacular sight for nature lovers. Filled with a variety of landscape, Acadia is rich with diverse features. Dawn and Dusk feel special in Acadia’s vicinity. Sunrise brings up positivity to Acadia along with its bright rays.

This national park produces a scent formed from the fragrance formed from the lush pine trees, soothing the very heart of visitors. Cool and clear Water runs down the lakes graciously through this park.

The park’s natural habitats provide home for many animal species. Black bear, coyote, Fox, & Raccoon, Long-tailed weasels are some of the inhabitants in this area.

The best time to visit is between July and August. But at this time the park will be crowded. September will be a perfect time for people who are not comfortable with crowds as the people will gradually decline during the end of August and the temperature will not vary much too.

Sequoia National park is located in California, United states of America. The park covers an area of 4,04064 Acres. It was established in 1890.

The peak is well known for its Giant sequoia tree, including the General Sherman Tree, the largest tree on Earth. It is notable for the longest cave in California is Lilburn Cave.

The best time to visit the pool is between June and August when the weather is the most stable. 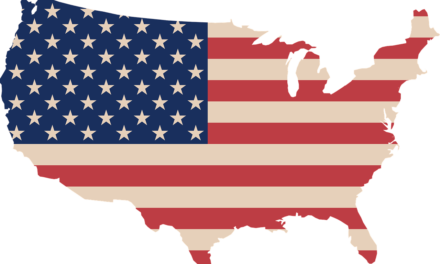 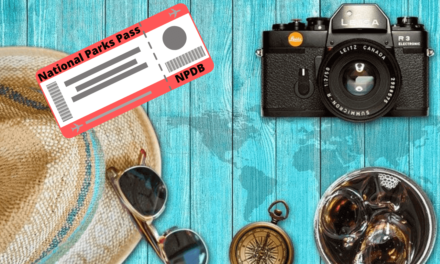 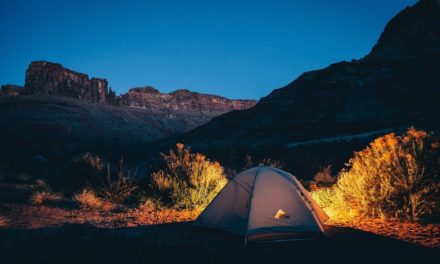 Most loved National Park activities in US